With the vision to become the leading live casino provider in the world, Evolution Gaming is definitely a synonym for the live dealer gaming experience. A pioneering company is now unrivaled provider or quality content organizing exciting campaigns broadcasted from a true landline casino-based studio and hosted by knowledgeable yet highly-competitive croupiers.

This is a multinational company with studios based across Europe and beyond. Central studios in Riga are among the largest and offer premium live casino clashes through multi-channel delivery. Licensed and regulated, all studios enable trusted and secure gaming solutions available 24/7/265 with dedicated tables, dynamic environments, native croupiers, and single wallet accessible across the network.

We can sort all Evolution Gaming games into several categories such as Side Bet City, First Person, VIP Solutions, Dual Pay, or – let’s call them so – traditional live casino versions of poker, roulette, baccarat, and blackjack. You will also find Super Sic Bo, Free Bet, and Infinite Blackjack, Hold’em, and more.

Just recently, the company has launched a series of RNG-based versions of their acclaimed live dealer games. Both First Person Lightning Roulette and First Person Dream Catcher come with the unique “Go Live” button transforming the game into a live-dealer-hosted match through a seamless transition. Going far beyond conventional gaming, the studio also offers Multipliers between 2x and 500x applied to the line win.

Portfolio of Evolution Gaming online casino games is recently enriched with industry-changing titles such as Football Studio, a simple card game with in-game live commentaries and live match action. Our Evolution Gaming casino list is where you can try any of them, so pick a weapon of choice.

Following the runaway success of the Lightning Series, Evolution Gaming added Lightning Dice with random Multipliers of up to 1000x and electrifying User Interface sent in a retro-themed Art Deco scenery with black and gold elements. Camera close-ups and knowledgeable presenter are implied.

Dream Catcher is a cutting-edge Money Wheel game aimed to make a bridge towards fans of slot games. The game offers simple gameplay where you bet on the number where the live-dealer-spun wheel should stop. A correct prediction comes with a corresponding prize, while a wrong answer puts you back on the starting point.

Monopoly Live is a redefined version of the world’s most popular board game designed in cooperation with Hasbro Interactive. This is a visually-appealing and highly-entertaining game based on Dream Catcher’s Money Wheel where the lucky winners will enjoy 3D Bonus rounds, Big Win Multipliers, and adventures of Mr. Monopoly in augmented reality.

The company’s exclusive Live Caribbean Stud Poker is the first progressive jackpot game launched in 2016. A year after, players competing in Live Texas Hold’em Bonus Poker gained a chance to complete the experience with First Five Progressive Jackpot prizes. Initially, the prize pool was funded by Evolution Gaming and it was a sum of €50.000, but today it has the potential to reach into millions of currency coins corresponding to your respective market. For understandable reasons, the RTP factor is currently out of reach and will be associated only to the First Person series.

Since 2012, Evolution Gaming mobile casino is available to players armed with Android or iOS-powered smartphones and tablets. To access the game, the player can use an HTML5-powered browser or download the Native Evolution Gaming casino app from the Google Play Store or the App Store.

All mobile-friendly games are optimized for a specific device and operating system. Also, they are fully equipped with the company’s familiar user interface that enables seamless transition between devices. As a result, players may enjoy longer gaming sessions and extended access.

If you’re a jackpot chaser, the Evolution Gaming casino bonus could easily work as a mass on a scale that will weigh in your favor. Players will definitely appreciate a new opportunity to beat a live dealer, along with the value they initially invested in this purpose.

Sometimes you can take a no deposit bonus, while free spins currently stay off the way. Arguably, there is no slot game produced by this company on which you could use them. One more thing, even though all offers look appealing, you need to read their terms and conditions and make sure the money is actually usable on a live casino match.

Established in 2006, Evolution Gaming revolutionized the European live dealer casino platform since day one. In 2009, the company’s state-of-the-art studio in Riga, Latvia, was quadrupled in size striving to meet the growing audience’s demands also opening Red and Gold VIP studios for high-stake players.

To provide a true Atlantic City casino experience, the company broadcasts games from a secured location in the city’s studio. All matches have a New Jersey Preliminary Waiver status, while the company continues its US growth securing the Pennsylvania Gaming Control Board (PGCB) license that will allow them to build another live studio in this state. Accordingly, players will definitely enjoy Evolution Gaming new casinos in a safe and regulated manner.

We also talk about an award-winning company with an unbroken run of 10 consecutive wins at EGR B2B Awards. Since 2009, the studio regularly takes the Live Casino Supplier of the Year award. Moreover, the above-mentioned Dream Catcher is also a crowned game named Digital Product of the Year in the Global Gaming Awards at G2E Las Vegas 2017.

The company’s future seems so bright with two new studios recently opened in the New Westminster area of British Columbia, Canada and Atlantic City, New Jersey. This made more room for all interested parties, while the introduction of revolutionary Infinite Blackjack game offered virtually unlimited seats for players. 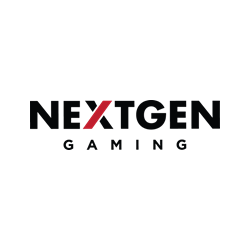 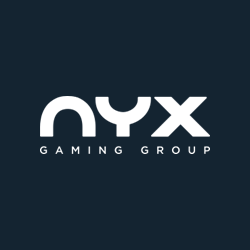 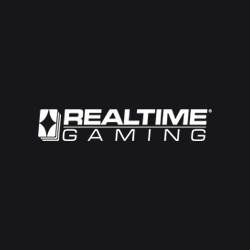 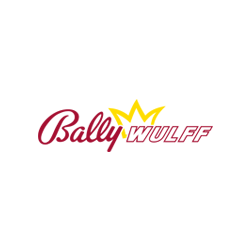