Quickspin is an award-winning software provider headquartered in Sweden that promises delivery of “the world’s most awesome video slots”, as the slogan says. Moreover, the company just recently launched a series of Quickspin Tournaments as an extra chance for its fans to enjoy games and score massive prizes.

Quickspin online casino games are regularly tested by independent reputable auditors of the gaming software such as eCORGA and TST, which adds another level of trust along with licenses issued by the UK Gambling Commission, Swedish Gambling Authority, and Alderney Gambling Control Commission. You can find them all on the Quickspin casino list below.

Having chosen the video slot niche as the only sphere for its activity, Quikspin does not disperse the energy to other aspects throwing all efforts into the production of an ideal slot machine. However, the management does not exclude the possibility of expanding the portfolio of Quickspin casino games with board and card games in the future.

Quickspin adheres to the principles that the quality of gaming software takes precedence over their number. Each new slot is released after thorough marketing research and analysis of the interests of different segments.

Additionally, one of the activities of Quickspin is the production of video slots for social casinos. Such games are available to any user registered on Facebook thanks to the Mirrorball Slots application.

Quickspin slots are available in 27 languages and support up to 50 currencies and feature 3D technology, above-the-average animation, and perfectly matched sound that creates the effect of complete immersion into the plot of the game.

The company is not afraid to experiment, therefore, in many slots, there are various mini-options and multi-level games including the Achievements Engine with up to 6 unique events within a single game.

A crowd favorite and crowned as the Game of the Year at the 2013 EGR Operator Awards, Big Bad Wolf relies on the classic fairy tale and features three little pigs as memorable and rewarding symbols. With a 1000-coin jackpot and low volatility, the game also lets you enjoy Free Spins, Pigs Turn Wild, Swooping Reels, and multiplied winnings.

Inspired by Peer Gynt’s masterpiece, Mountain King sets you on a journey far north. This medieval-themed game offers a static jackpot of 7000x the money invested along with Stacked Wilds, Free Spins, a 3-stage Bonus game or a Multiplier Meter.

The company’s 2018 flagship offers a big win of 12.000 coins, while the lucky winners will also enjoy Rowing Wilds, regular Wilds, Scatters, and Free Spins. Robots is a 5-reeler where all winnings during the bonus round are multiplied between 2x and 9x.

All Quickspin Slots and Games

All Quickspin slots are characterized by relatively high RTP factor rarely going below 96%. Indicators of the main mass of the slots are in the range of 96.5-97%, while the award-winning Big Bad Wolf slot is the most generous (97.34%).

In 2019, the company released its first progressive jackpot game called Dragon Chase with the Mini, Minor, Major, or Grand Jackpot with monthly prizes over €100K.

From a portfolio of 50+ games produced until this point, Quickspin mobile casinos offer almost all of them in versions adapted for smaller screens.

Just recently, the company moved from Flash to HTML5 technology allowing interested parties to switch gaming platforms such as iOS, Android, Windows Phone, and other. Players can enjoy all titles without a need to download a standalone Quickspin casino app.

Quickspin slots are regulars in top online casinos. You will find some of them associated with the welcome bonus and other benefits offered to new or existing customers. The general rule to obtain such an incentive is to register an account, make an initial deposit and enjoy the prize according to the Quickspin casino bonus terms and conditions.

Depending on the casino’s decision, players can take a no deposit bonus, or receive money on top of their first or subsequent deposits. Free spins on Quickspin best slots are also available giving you a chance to taste their flavor without a significant obligation.

Quickspin is a multi-national company with the main office in Stockholm employing a team of passionate eGaming enthusiasts and boundary-pushers that constantly chase for innovations in gameplay.

The company was established in May 2011 by seasoned casino enthusiasts and managers with previous experience in larger companies. For example, Daniel Lindberg served as one of the directors at NetEnt for more than five years, Mats Westerlund led the production of online slots at Net Entertainment and Electronic Arts, while J. Timmerman was the leader of the Unibet Group for about seven years.

After the service with such giants of online gaming, they decided to open their own business and direct energy to create high-quality, innovative products. Hard work was crowned with success. Within less than a decade, the company was named best several times at international exhibitions and is especially proud of such trophies: Software rising star of the year 2013, EGR B2B Awards 2014, 2015, and 2016 winner, Great Place to Work certificate of 2018 and 2019, and more.

The rapid development and success made Quickspin a serious competitor and a tasty morsel for the giants of the gaming industry. In 2016, the underlying deal was concluded and the Playtech concern invested more than $50 million making Quickspin it’s subsidiary. Despite this fact, the industry giant was smart enough not to interfere in the internal affairs of the company.

As an independent division, the Swedish studio is still engaged in the creation of slots under its own name and confidently holds positions in the global gaming market. At the moment, this is one of the most popular brands and cooperates with two hundred largest gaming clubs in the world, while the number of Quickspin new casinos is constantly increasing. 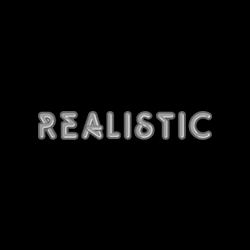 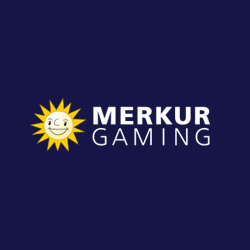 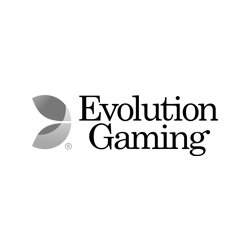