Dragon Wolf is a fantasy-themed video slot machine that takes you in the middle of the battle to the throne between the Queen of Fire and the King of Ice. With the rewarding layout built with 5 reels, 3 rows, and 243 ways to land a big win, the game comes with Tumbling Reels and Scatter Bucks

Inspired by The Game of Thrones, Dragon Wolf centers around the mighty Queen and her dragon on one side and the noble King and his wolf on the other side, so before the reels start spinning, players must declare their allegiance.

Symbols on the reels include Wolves and Dragons as those with a higher payout rating back to back with playing cards from 10s to Aces. Naturally, the last-mentioned pay significantly lower.

You can always use Wilds to replace a missing item or to improve the payline. Interesting, Wilds come with a specific number of coins associated to each icon, so you can easily claim 3.500 or 70.000 coins should your winning combination has at least 1 Wild or claim the Big Win as the sum of all Wilds appeared on the reels.

Players will be able to play online on their mobile device, but for this purpose, you need to download an app for Android or iPhone directly from the App Store or Google Play Store, respectively.

Gamers with Facebook accounts can try the Dragon Wolf Free Play too, presuming they have enough game credits to start it.

The RTP official info is yet to be disclosed by the publisher and we will update the Dragon Wolf slot review accordingly. More details about the coin denomination and other important options will also follow as soon as possible.

We have no free play mode available yet, but take a look at the Dragon Wolf screenshots instead. Or why not simply giving a try with one of the recommended casino sites above? 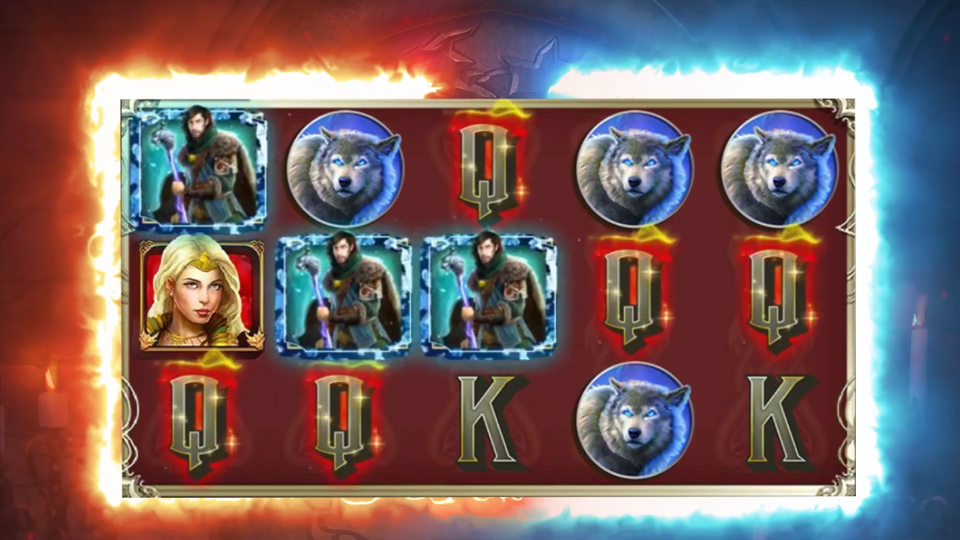 Play Dragon Wolf at the best High5Games casinos online - reviewed and approved! Our recommendation is based on a wide range of aspects: they are accepting international customers, offer a broad range of payments for you, i.e. MasterCard, Bitcoin or Neteller, and provide plenty of games from High5Games as well as other providers GreenTube, Red Tiger Gaming or Big Time Gaming